Disclosure: I was invited out to Dave and Buster’s to try out their new summer drinks and menu offerings.

BUT, after trying out their food options, the truth, I’m going back for the food.  Not many people know that Buster was a huge foodie, and took great pride in his food, and you truly see this in the menu items provided at Dave and Buster’s. 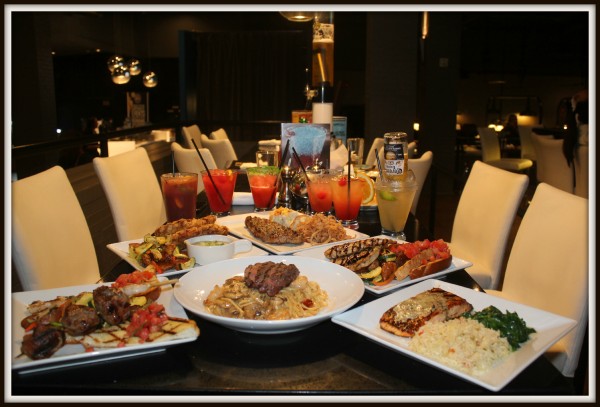 Just in case you missed it, last week we discussed the new summer drinks available at Dave and Buster’s.  You don’t want to miss out on that post.

Lets begin with the appetizers:

The 5:15 (18.99) has special significance to Dave and Buster’s.  5:15 was the time of the very first sale, and they went and named their sampler platter after it.  5 Items, 5 each.  The 5:15 includes: Chicken Quesadillas, Pretzel Dogs, Crispy Fried Shrimp, Buffalo Wings, and BBQ Potato Chips.

Because there has been such an increase in the Asian population around the country, Dave and Busters has come out with an “Orient Yourself with Our Wild Side” (tastes with an asian twist) menu options: 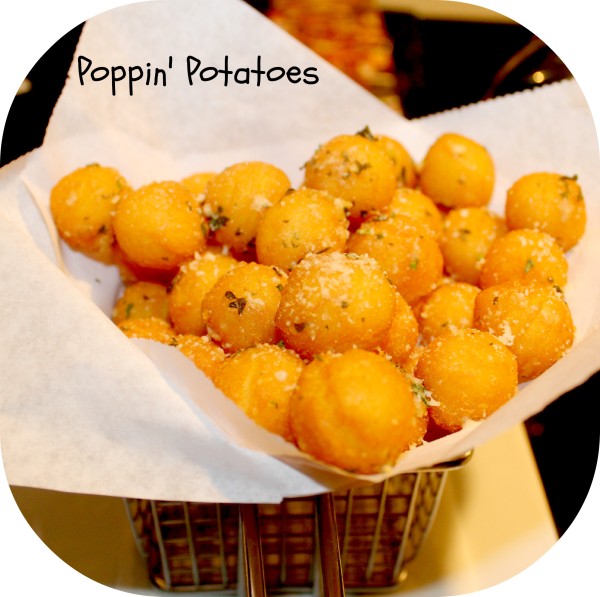 And if you’re looking for a fun snack before the main meal arrives I highly recommend the “Poppin’ Potatoes.”  Tossed with garlic butter and parmesan cheese.  (6.69)

Also, with every purchase of Poppin’ Potatoes, 1 dollar is donated to Make-A-Wish.  Even more reason to order these.

Now onto the Entrees (I hope you’re ready!) 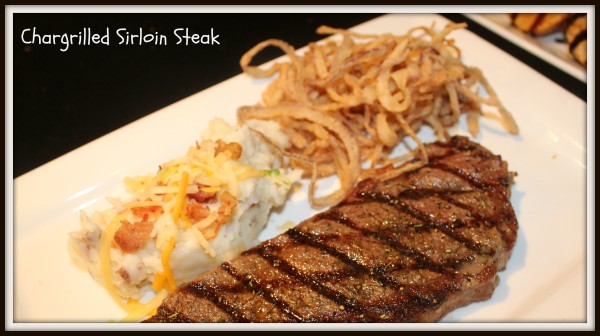 If you’re a meat lover.  You will love the food dish options they have available.  Many steak varieties from sirloins to New York strips (16.29-19.99).  Also many chicken dishes available. 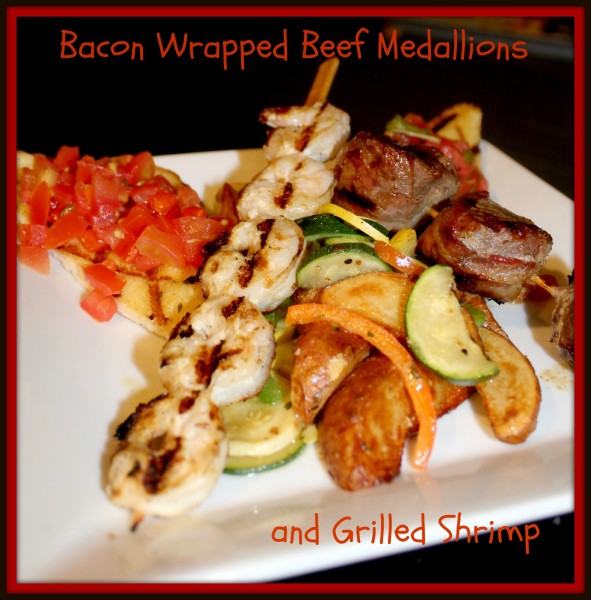 A new dish they’re offering is their Bacon Wrapped Medallions and Grilled Shrimp skewers. (17.29)  The dish is also accompanied with a side of bruschetta.  Most bruschetta’s I’ve had have been crispy with the tomatoes atop so you can imagine my surprise when I bit into theirs and realized how soft and tender it was.  I really enjoyed their bruschetta. 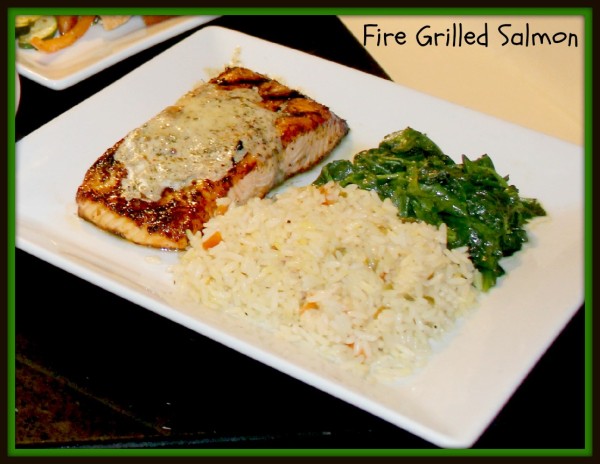 The Fire Grilled Salmon (15.49). I usually don’t order salmon at restaurants because I’m not much of a fan, but I did try this one, and enjoyed every bite of it.  Very tender, and full of flavor.  And flavor in the good kind of way 😉 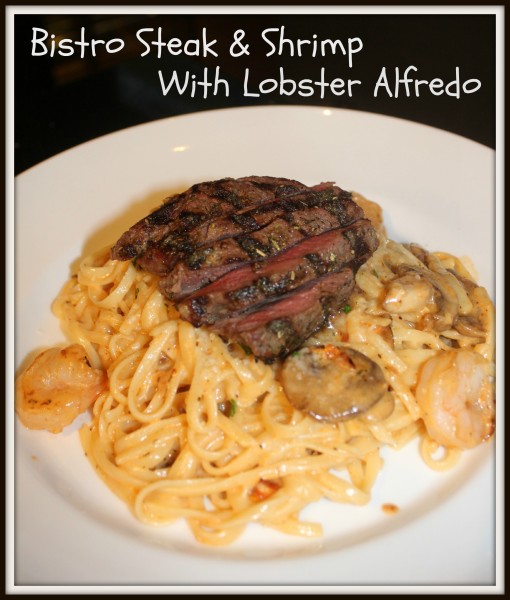 This dish is just brilliant.  The Bistro Steak and Shrimp with Lobster Alfredo (16.99).  Now there’s pasta lovers, and then there are steak lovers.  For the most part, the steak lovers tend to focus on the steak.  The pasta lovers focus upon the pasta.  This is the best of both worlds.

My SO even admitted this is a dish he would order because the steak was included right on top (not being a big pasta person.)

But the dish I couldn’t stop raving about that evening was the Potato Chip Crusted Chicken (13.99).  Chicken covered in a crushed lays potato chip crust served with warm french onion dipping sauce with a medley of vegetables and potatoes.  I am truly inspired to try to make this dish at home.

They also brought out two of the classics: 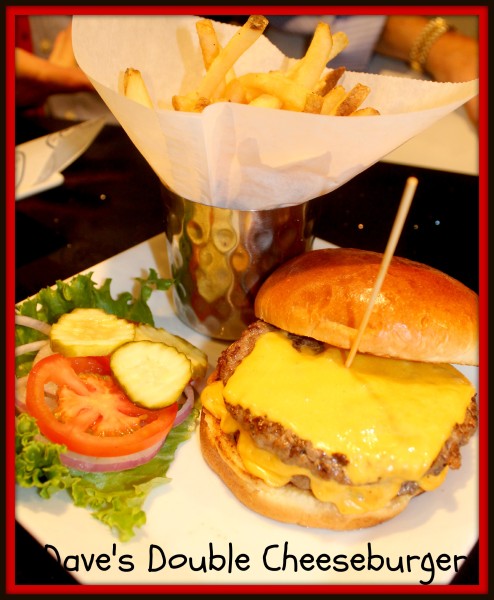 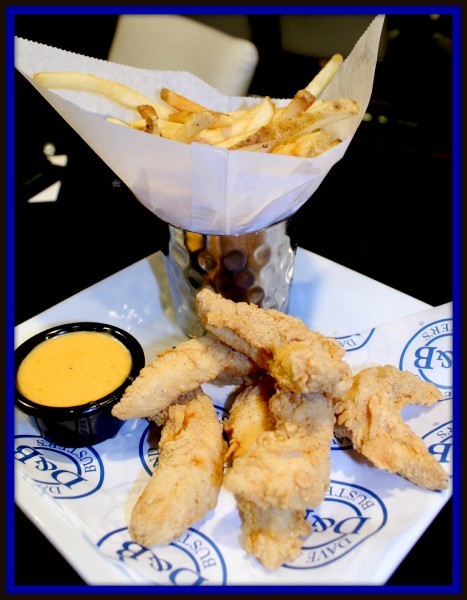 And for those that love chicken tenders, or fingers, in this case.  They didn’t leave you hanging.  Another classic dish is their “Legendary Goldfingers” (11.99).  One of Dave and Buster’s original favorites.

After all of that, are you ready for dessert? 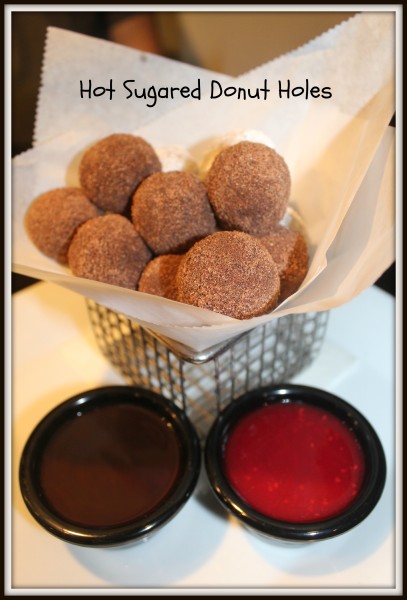 Where are my donut lovers?  These donut holes (6.89) have you covered.  They are served with chocolate and raspberry sauces to dip right into. 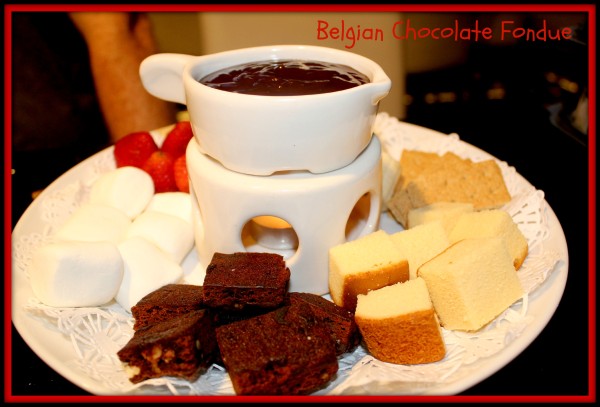 I have to admit I was pretty darn excited when this one came out.  Belgian Chocolate Fondue (8.99).  Served with marshmallows, pound cake, strawberries, graham crackers and brownies, what’s not to love? 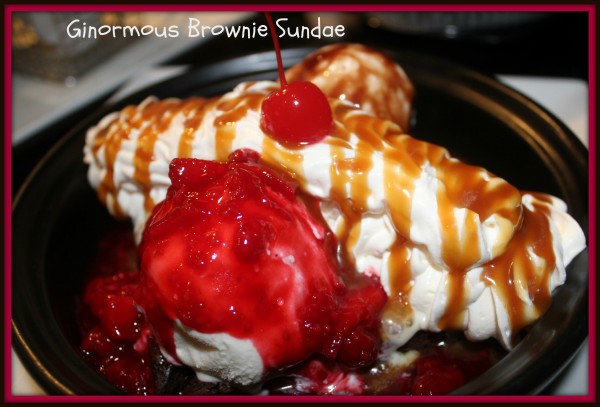 Love brownies?  Love ice cream?  If so, then this Ginormous Brownie Sundae will make you quite happy (7.99).  These brownies, house made, put on the bottom with two scoops of vanilla bean ice cream covered with three classic sauces: chocolate, caramel, and raspberry with fresh strawberries.  Of course, it has that cherry on top. 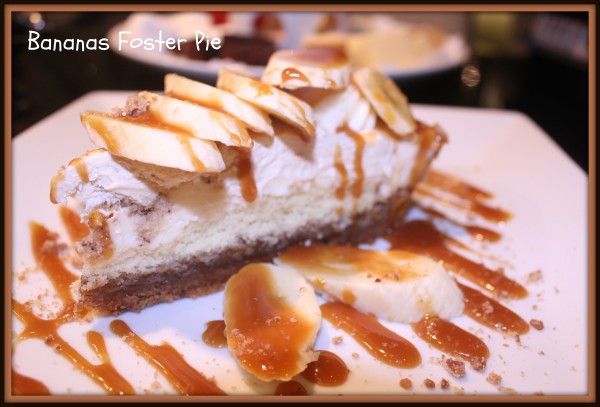 But the real winner for me that evening was the Bananas Foster Pie.  Chilled banana pudding and vanilla sponge cake layered in a cinnamon graham pastry with rum sauce and warm caramel.  It completely melts in your mouth.

Now, after all of this, do you see what I mean about the food?  I am sold.  So, let me know, what are you most looking forward to trying?

Disclosure: I was invited out to try the new Summer Drinks and Menu Offerings at Dave and Buster’s.