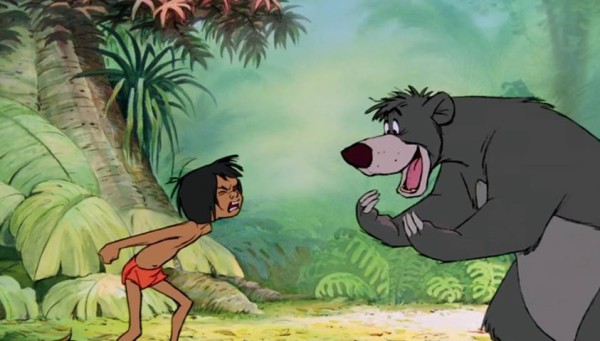 Disney’s Jungle Book Diamond Edition is coming to Blu-Ray/DVD for the first time EVER on February 11th, 2014.

This Diamond Edition is packed with more than just the bare necessities of bonus features, including an alternate ending and an interview with Richard M. Sherman, Diane Disney Miller and Floyd Norman!

Relive the magic of The Jungle Book in your very own home this February.  Meet the most unforgettable characters and embark on a thrilling adventure with Mowgli as he journeys deep into the jungle and learns “The Bare Necessities” of life from happy-go-lucky Baloo the bear. Meet Bagheera, the wise old panther, and crazy King Louie, the orangutan. But watch out for the cunning tiger Shere Khan and Kaa, the ssssneakiest snake in the jungle!  Will Bagheera the Panther and Baloo the Bear have a difficult time trying to convince a boy to leave the jungle for human civilization?

Introduce this fun film to your children who may have never seen it, and get reacquainted with the beloved characters all over again.  The adventure begins this February.

Ralph Wright (The Many Adventures of Winnie The Pooh, The Aristocats)

Ken Anderson (The Rescuers, The Many Adventures of Winnie The Pooh)

Vance Gerry (The Many Adventures of Winnie The Pooh, Robin Hood)