Hall Wines Gives Back to the Community through Cabernet Cookoff!

To think, the 2015 Hall Wines Cabernet Cookoff was well over a week and a half ago now, but yet, those delicious bites of food, glasses of wine, and fun entertainment are still thought about. 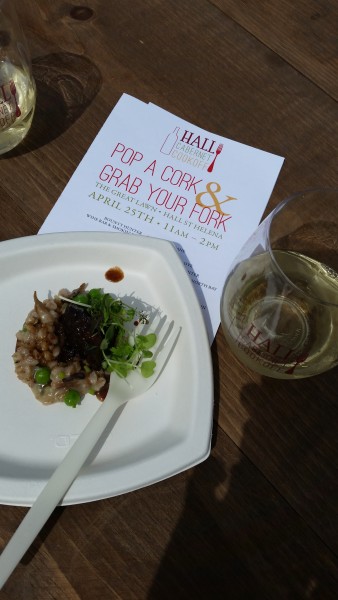 The Hall Wines Cabernet Cookoff is an annual tradition held at the beautiful St. Helena property.  This is one of Hall Wines most popular events throughout the year, and brings together some of the best Chefs around the area while also helping local charities.

Throughout the event, each Chef Team represents a charity they’re trying to win for.  There are 4 awards: Fan Favorites along with the Runner Up, and then the judges picks.   And, if they win, 7200 dollars is donated to the charity of their choice.  It’s such a GREAT event.

The Chef Teams and the Charity they were representing:

Ca’ Momi: Do It for the Love

The Grill at Meadowood: Community Resources for Children of Napa Valley (Judges: Runner Up)

Press St. Helena: If Given a Chance Foundation (Judges Pick)

The Highlighted Names were this year’s winners of the Cabernet Cookoff!

But, of course, the true fun of the events comes out in pictures: 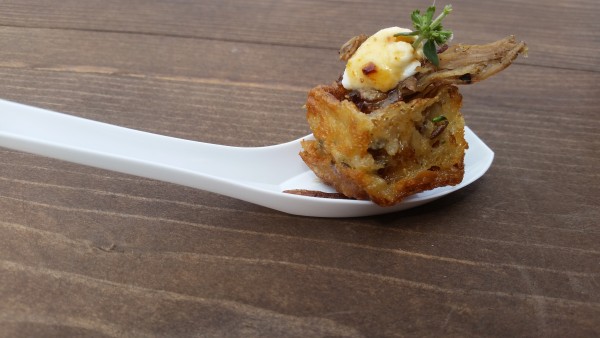 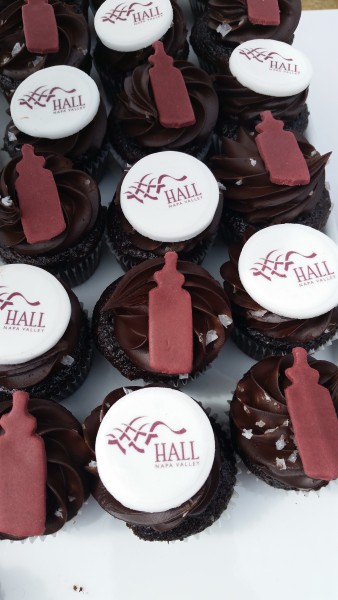 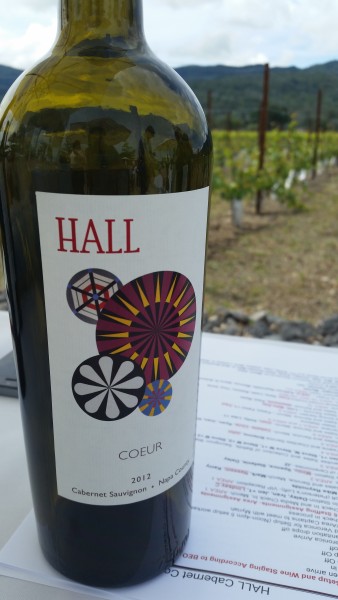 During the event, Hall Wines were pouring three of their wines including their newly released 2012 Couer Cabernet Sauvignon.

My favorite dish throughout the event was this Mushroom Tart by the Culinary Mercenary.  So, so good! And, I’m not that huge of a mushroom fan! 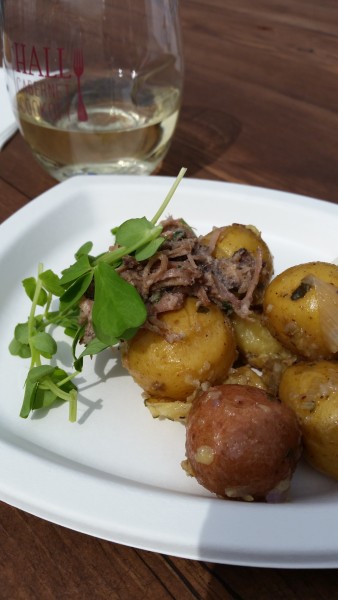 And one of the judges picks included this Braised Lamb Neck by Press… the added touch of Potatoes was perfect.  They based it off of how well it paired with Cabernet.

In the end, it was such a fun afternoon.  Hall Wines has already announced the date for next year’s Cabernet Cookoff: April 23, 2016.

Hope to see you all there.  This is an event worth attending.