The Story of How I met my MAN!

Whenever I’m asked, “So how did you end up in LA?” I never know how to respond.  The story is long, and it was a combination of things.  So here lies the story of how I met my man.

The truth is: I never imagined myself living in LA.

The other truth: I ended up here because of HIM.

When people find out I met someone online, they said, “well, that’s okay.”  It’s the norm, but when they hear I met someone online from another state, and I moved out to be with him.  I feel the social anxiety taking off inside me thinking crazy things like, “she’s nuts.”  “She did what.”  “wow, she’s a brave woman.”

So, let me share the story of how it began.

I stumbled onto this internet site in the fall of 2009.  There, it was my secret place.  My place to go and write and share how unhappy I was with the world, and it was my place I went to soul search, to write whatever I was thinking, etc.  I wasn’t looking for an audience, and I didn’t interact with anyone for the first four months I was on there.  I was hurting, and this site became my outlet.  My outlet for everything.  I was at the start of my divorce.  I had asked for it a mere month earlier before I found this site, and there were so many questions inside of myself so I came to write, to confess, to soul search, and find me again.

Wanting to move out of Minnesota.

How owning a home made me feel very confined and tied down to one place, and I wasn’t ready for that.

And how truly unhappy I was in my career.

So what did I end up doing?  First, I did some travelling.  I visited some friends in North Carolina, got reacquainted with old friends from college, and started to get out in the world again.

This is also when I began to find my love for photography again and tried to get around as much of Minnesota as I could, but in the same time, I started to apply for jobs out of state.

But then I met him.  It started with a simple compliment on a picture, then we started to exchanged emails.  This was in May.  Nearly 9 months later.  I wasn’t looking for anything but I was open to possibilities. Needless to say, we hit it off.  We had a few bumps in the process, but they eventually smoothed themselves out.

And the next thing I knew, come July, I was flying out to meet him in Los Angeles.  Prior to Los Angeles, I was doing the one thing in my life I always wanted to do, but couldn’t because I was tied to my job: I took the 4th of July weekend off and flew out to Washington DC, alone!  (This will be for another blog post!) Then I came home for a few days, and then flew out to Los Angeles.

That first initial meeting I was so nervous, but the minute I saw him in the airport and leaned into him for a hug, I knew the feelings I had were real.  We hit it off, and had an amazing 5 day weekend together.

And then the hard part, going our separate ways.

And then the conversations started: who would move where?  How would it work.

And then I made the decision.  I would be leaving my job of 13 years, which I was no longer happy at, and I would move across the country to Los Angeles.  We set the date of September 24th.  He would fly up, I’d show him Minnesota for a few days, he’d meet my family, then we would get in my car and drive out to California.

The hard part would be telling my family, but I did it.  They were shocked, but supportive.  They were letting me go, as much as they didn’t want to.

And then the day arrived.  He flew in.  I was so nervous he’d stand me up 😉 Hah.  But the minute we reunited was like we never left each other’s side.

The next few days I showed him some of my favorite spots of Minnesota: St. Anthony Fall’s, The North Shore, Fort Snelling, and he met my mom and brother for dinner, and also some friends for a going away party. 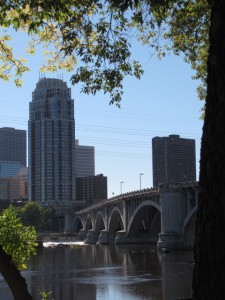 And then we packed my little Ford Escort up to the gills, and we were on the road.  The first night we got all the way to Nebraska before getting a hotel room.

The next morning we hopped in the car and away we were again.  This time driving through the flatlands of Nebraska and finally seeing the beautiful mountains of Colorado.  That night we drove for a good 30 minutes before we finally found a campsite.  Just so you know, a lot of the campsites at the end of September were closed off, so it was a struggle. 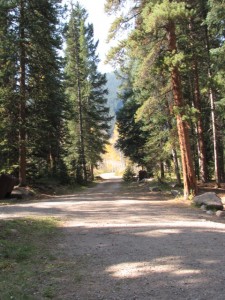 We put our tent together, and stared at the beautiful stars in the night sky when he leaned over and asked me to marry him.  This was the start for us, our new beginning.  It was our little secret, in that moment in time.

The next morning we took our time packing up, and we walked along the little stream a few feet away and enjoyed being out in nature then began packing things up.  Until we lost the keys.  We dug through the entire car, and there was no luck.

We finally called a locksmith, got the correct information after a few more horrible phone calls, and then 2 minutes before the locksmith showed up we found the keys.  They were off in a little field buried beneath some leaves.  6 HOURS later we were finally on the road.

In that moment, I learned how patient I was, even though I was incredibly upset, I learned in that moment, how truly well the two of us worked together, as a team.   During that time we didn’t take it out on each other, instead, we focus in on the situation, and that’s when I knew how strong we were together.   I also learned to always have a spare set, NO MATTER WHAT.

We didn’t get too far that day because of the lost time from looking for the keys so we found a campsite right as we entered Utah and called it a night.

The next morning I felt as if what had happened the day before was long past us, and what laid ahead was what we were truly meant to see and enjoy.  I had never been in Utah before, and I had no idea how truly beautiful it was.  It was a hidden gem to my eyes. 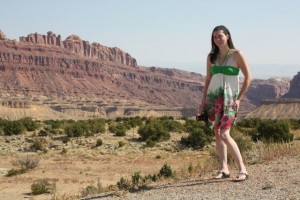 But that day we didn’t stop, other to walk out at a few places to capture some of the beauty of Utah.  I got my wish of driving through Las Vegas, because a child I had always visited there because of having family there, but it was my dream to drive through it, and I did.

And then we entered California.

The panic started to sink in all around me as we got further and further in land, tne panic of being surrounded by so many cars, the panic of not knowing anyone, the panic of “OMG, what did I do.”

To think, this all happened a year and a half ago… time sure does fly by… 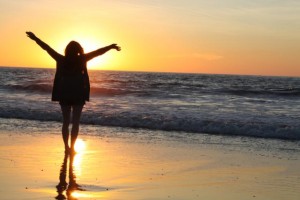 and yes, we’re still together 😉

19 Responses to The Story of How I met my MAN!