The last weekend in October, FreshSummit came to the Anaheim Convention Center for a weekend full of everything related to Produce.

Considering that I come from a grocery retail background I was pretty excited to see what the #FreshSummit entailed, and couldn’t wait to check out the beautiful displays surrounding the expo. 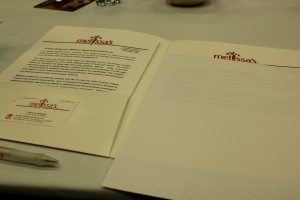 The fall is the beginning of citrus season so Robert concentrated on this area by showcasing the variagated pink lemon, which is apart of the kumquat family. It is a calamodin. We each got to try out a taste of it and was pleasantly surprised by its sour and tangy flavor.

Robert than began to showcase the finger limes, which is know as citrus caviar, which when you open these gems up, look just like pearls of caviar except in the citrus form. They really began to increase the crops of this product 5 years ago, and is one of the most expensive fruits in the marketplace.

Then we talked a bit about the Meyer Lemons. Never in my life have I heard so much about a specific lemon, but out in California, the lemons everyone talks about are the Meyer Lemons, and how could they not with it tasting more sweetness than acidity. (I will officially try to make something out of them this season!) Melissa’s Produce also came out with the first of its kind seedless lemons 3 years ago, and the trend has caught on.

Some other varieties we talked about were: The Yuzu, Kefir Lime Leaves and how the limes have grown in popularity.

Melissa’s Produce has also come out with fresh garbanzo beans, which, if you don’t know, is the makers behind hummus.

Also, now out are their Korean Asian Pears which is a favorite this time of the year.

For more info on Melissa’s Produce, be sure to check out their website: www.melissas.com

And then after the presentation we were taken down to Melissa’s Produce booth within the Expo Hall. And I have to say it was one of the best produce displays of the entire expo. See for yourself with the pictures below: 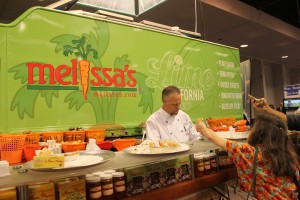 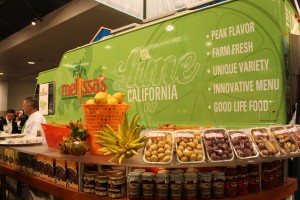 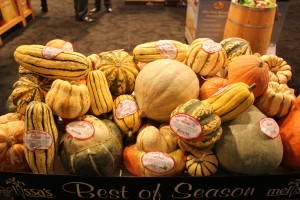 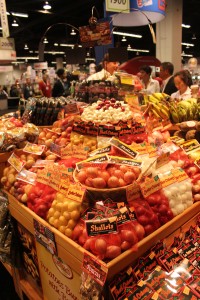 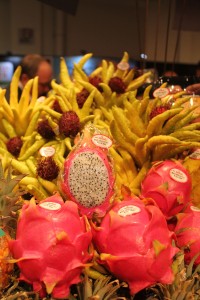 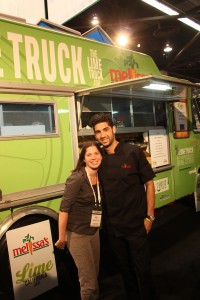 Daniel (from the Lime Truck) and Me