On Sunday, November 4th I was invited out with the So Cal Lady Bloggers for a evening at the Citizen Bank Arena. 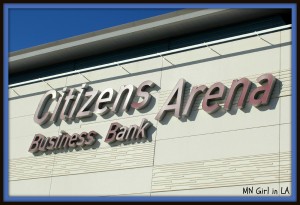 The Citizen Bank Arena takes pride in its history, and makes sure to tell its story within the walls of its building.  The site use to be the Ontario Motor Speedway, to prior to that, land of the Italian Vineyard Family.

The Citizen Bank Arena also takes pride in its community, and in one part of the building even showcases some of community landscape. 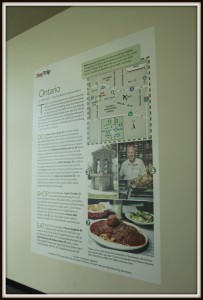 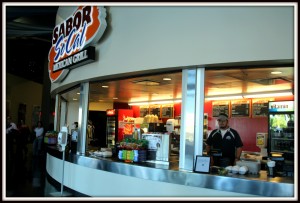 Within the VIP entrance, there is also the VIP lounge where it’s a nice place to hang out with friends and family prior to the game or concert or event taking place at the Citizen Bank Arena.

Up in the higher deck there also happens to like the Sailor Jerry’s Bar.  You can come here for a few drinks prior to game, as long as there isn’t a private gathering taking place at the time.  And yes, that’s right, you can hold private venues and parties at the Citizen Bank Arena too. 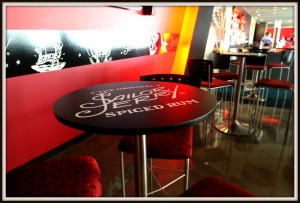 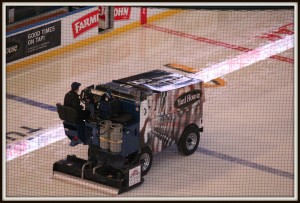 That afternoon, they were playing against Bakerfield, and the Ontario Reign were coming out strong, and they ended up beating Bakerfields 5 to 2. 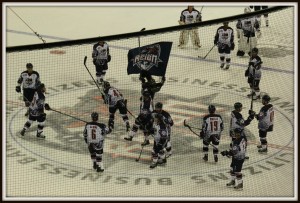 There is entertainment throughout the entire game from giving out prizes to throwing a puck into a back of a truck to the blimp throwing out tickets and coupons to the ticket holders below.  They really put on a great show. 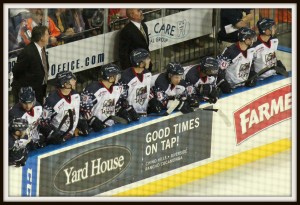 The Citizen Bank arena also hosts concerts and amazing shows such as Disney on Ice throughout the year.  They have their own ticket service through axs services. 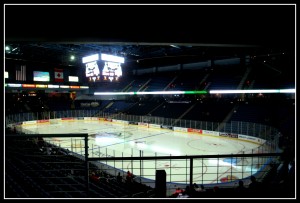 For this Minnesota Girl, attending a hockey game at the Citizen Bank Arena brought back a lot of memories of growing up in Minnesota.  Through my college years of attending SCSU Husky games to my later years when I would attend MN Wild games through work.  Hockey was apart of my life throughout my life, and it was nice to create a new memory out in California.

Disclosure: I was provided with a VIP ticket to a game of Ontario Reign.  We also received a tour of the Citizen Business Bank Arena before hand.