#ad Looking for a Weekend Getaway to Catalina Island, CA?

Disclosure: This is a sponsored post on behalf of Catalina Chamber of  Commerce.

This past weekend my SO and I headed to Catalina Island CA for a romantic weekend getaway.  Just hearing bits and pieces about Catalina Island I had no idea what to expect when we got there.  The island, just 26 miles across the sea, is a great vacation getaway. 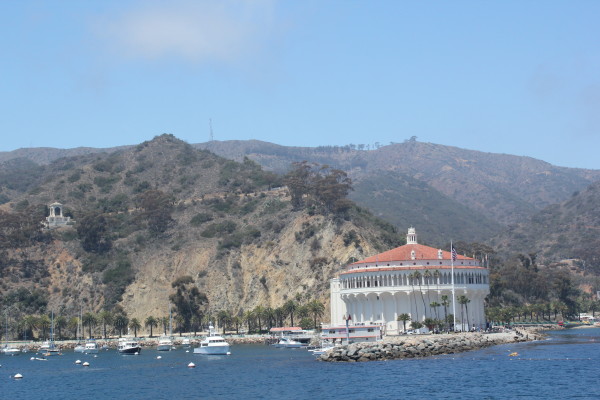 But, we decided we were going to let the island tell us its story.  And boy, did it ever.  Upon arrival via the Catalina Express, the first visions of the island appeared briefly through the Ocean fog.  As we got closer, a glimpse of Hamilton Cove and their oceanfront properties were in our line of vision and then the legendary Grand Casino appeared before our eyes.  And it was a beaut.

Upon setting foot on the island, we looked around us and the houses that were built upon the hillsides.  We briefly walked through the shops aligning Crescent Avenue before landing in front of the main fountain on Avalon.

Later we found out that the tiles found throughout all of Avalon came from a local tile and pottery company that was established in 1927 by the finding of clay deposits from the island.  These tiles are worth a ton of money.  The Tile and Pottery factory remained open for 10 years before shutting its doors, but the tiles remain throughout the island. 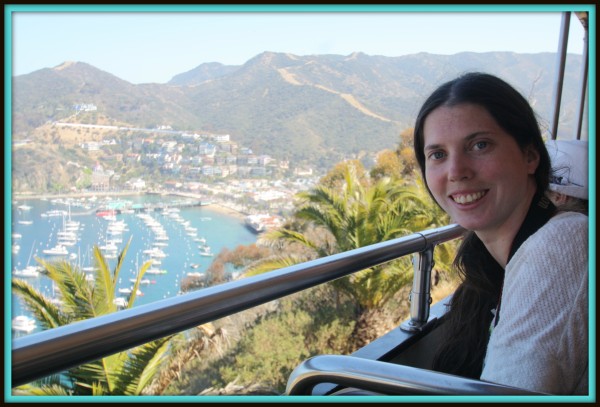 It was through the Avalon Scenic Drive where we learned a lot about the island.  From hearing how the first owner bought the island then when it went into foreclosure the island was sold to the Banning family before William Wrigley Jr. acquired the island in 1915.

And little did I know, that the Chicago Cubs, for some time, did their spring training on the actual island, and remnants of the Wrigley Field are still around on the island including the club house (which is no longer open to the public!) 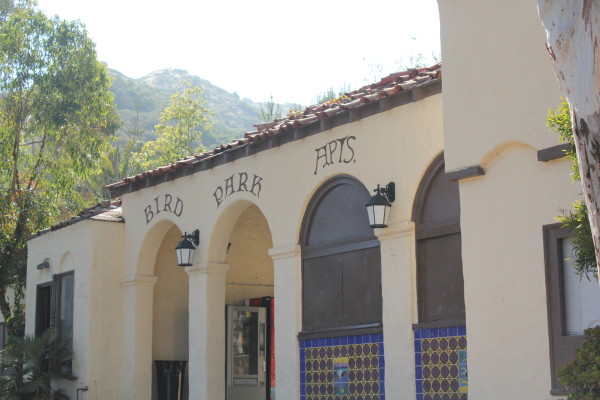 William Wrigley, JR. also had a love of birds, and at one time opened a bird park right on the island in 1929.  It was open to the public with free admission because it was his passion.  But eventually the bird park became too much, and got to a point of not knowing how to take care of all the exotic birds that came apart of the bird park so the doors were eventually closed.  Remnants of the Bird Park still remain, and the aviary now houses toddlers because it is a daycare center during the day.

That Saturday evening, the annual Avalon Ball was taking place, and members attending were asked to dress in 1920’s wear, and boy, did they ever.   It was pretty surreal later that evening as we ate burgers and fries at a local eatery to be eating amongst others dressed in their 1920’s wear.

But the Avalon Ball took place in the beautiful Casino Ballroom: 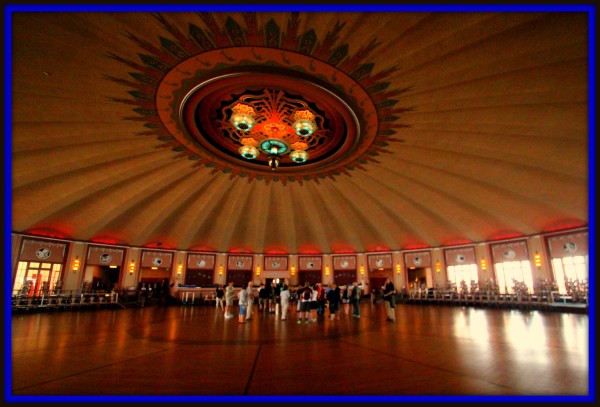 We also learned, while on the island, that there is an ordinance that only allows 800 cars on the island at a time so how do people get around?  In Golf Carts, of course.  We had ourselves a little adventure Saturday evening when we got hungry so we took the golf cart out for a spin.  And, if you set foot on the island, you have to experience this. 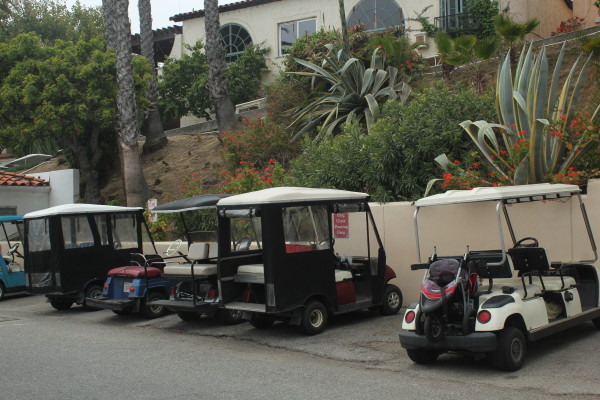 This was how we chose to spend the majority of our weekend getaway, however, Catalina Island has so much more to offer to make your getaway perfect.

From a day at the beach in beautiful Descanso Beach to Snorkeling in Lover’s Cove, to renting a two seater bicycle and exploring the island, to taking hiking adventures around the island there is truly something for everyone.

To begin planning your weekend or vacation getaway stop by the Catalina Chamber of Commerce for more information.

And keep an eye out for future posts on Discovery Tours Glass Bottom Boat Tour, The Catalina Island Vacation Rentals, Places to Hike around Catalina Island, and more information about the Catalina Express.

Catalina Island is celebrating their Centennial throughout the summer with a variety of deals.  Celebrations will also be happening on the island the week of June 20th through 26th.

Disclosure: This is a sponsored post on behalf of Catalina Chamber of Commerce.

12 Responses to #ad Looking for a Weekend Getaway to Catalina Island, CA?