A film for your #Foodie Heart: The Hundred-Foot Journey #100FootJourney

It’s not often enough that there’s a movie that comes out dedicated to the foodies of the world.

And, this feature film of The Hundred-Foot Journey, will have us craving an amazing meal afterwards.

In DreamWorks Pictures’ “The Hundred-Foot Journey,” the opening of a new Indian restaurant in the south of France next to a famous Michelin-starred eatery is nearly cause for a heated battle between the two establishments, until Le Saule Pleureur’s icy proprietress, Madame Mallory, recognizes her rival’s undeniable brilliance for preparing masterful meals.

I mean, really, look at some of these brilliant recipes brought on by the film: 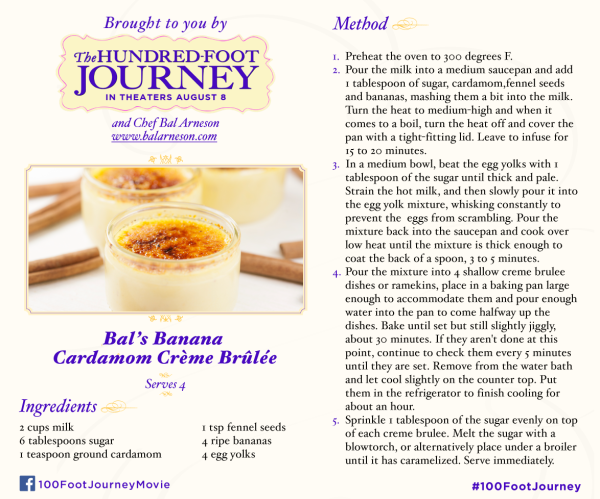 And of course, if you need something to wash down these beautiful desserts: 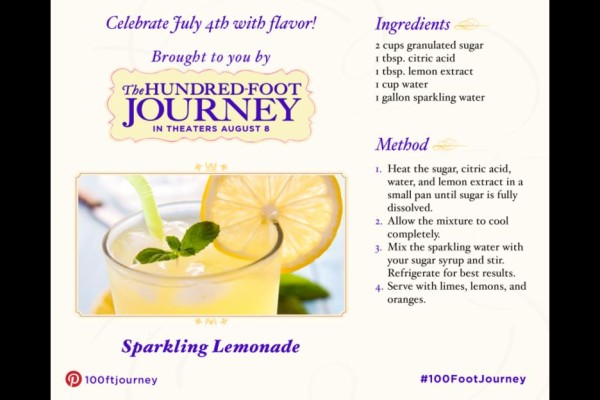 And if these recipes don’t grab you enough to see the film, what about the chance to win a trip to the South of France? 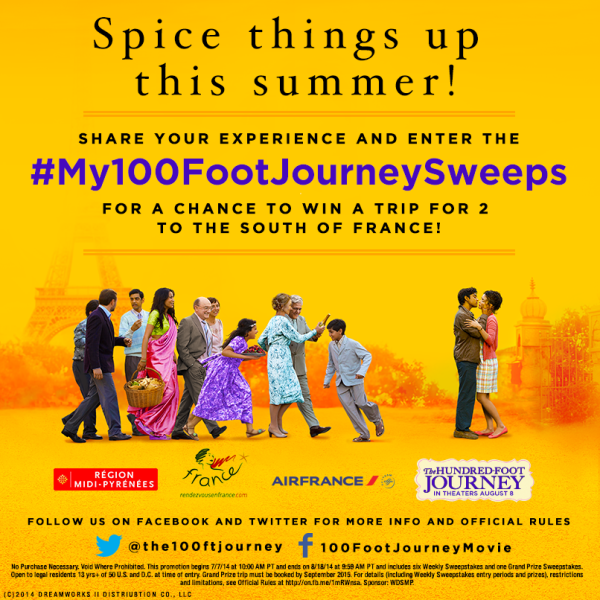 Also, make sure you head on over to THE HUNDRED-FOOT JOURNEY Facebook page (http://facebook.com/100footjourneymovie ) to enter the #My100FootJourneySweeps for a chance to win a trip for 2 to the south of France!

The Hundred-Foot Jounrey comes to theaters August 8th, 2014.  Keep an eye out for a review on opening day.