Disclosure: I partook in a Media Tour of the San Jose Jazz Summerfest and surrounding Downtown San Jose area this past weekend.  All opinions are my own.

When it comes to music, no matter the genre, it will always bring people together.  And that was entirely the case this past weekend at the 25th Anniversary of the San Jose Jazz Summerfest.

What started in August of 1990 as a 2 day event on one stage in the Plaza de Cesar Chavez Park has immensely grown over the years.  This year alone offering well over 12 stages to choose from.  From stages along the outdoor park to Cafes and Restaurants throughout San Jose offering a venue for performances to come in and show their talents to all of San Jose.  And lets not forget the beautiful historic theaters partaking in the fun thanks to the City of San Jose.   What truly makes the San Jose Jazz Summerfest stand out from many other festivals is the comraderie that happens throughout the city that has continued to allow this festival to grow year after year.

The team behind San Jose Jazz curate amazing acts for this one of a kind festival.  This year alone bringing acts from all parts of the world.  But what this festival does is not only bring together one of a kind acts, but they are also looking to bridge the future of Jazz by looking for up and coming performers to showcase to the Jazz world.

Some highlights of this year’s festival included: 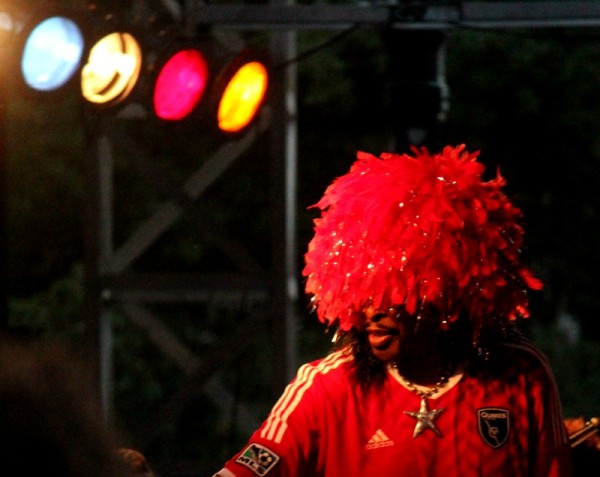 If there was one performer that knew how to open up a festival, it was none other than Bootsy Collins, and my oh my, the crowd couldn’t have agreed more.  Adorning a San Jose Earthquakes Uniform on stage along with a rockin’ red wig, Bootsy got the crowd moving Friday evening along with his crew.

Throughout the festival, people could stop off at the Swing Stage located at the San Pedro Theater and get one of a kind Swing Dance Lessons or hear from Big Bands such as Sons of Jubal, Los Gatos/Saratoga Big Band, Ron Gariffo Big Band and many others. 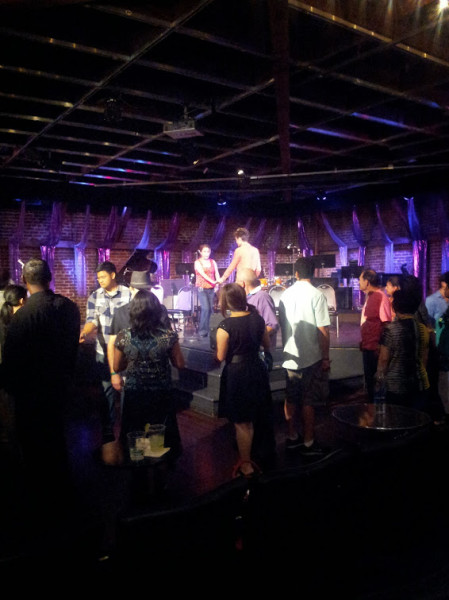 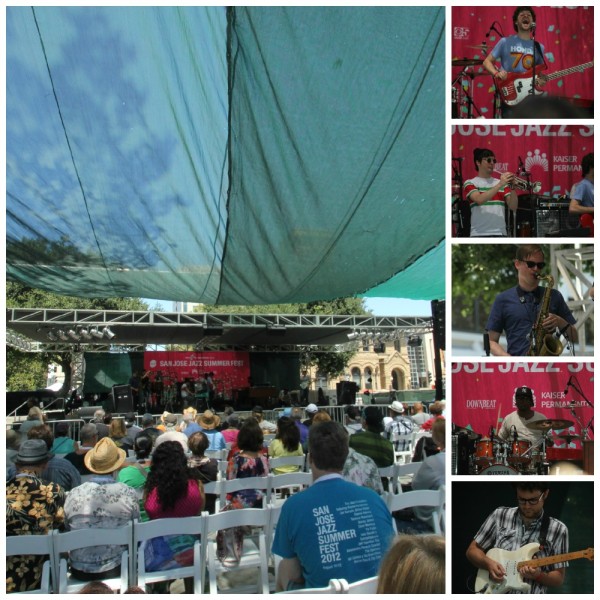 Headlining the festival right away Saturday was none other than Snarky Puppy, a band coming straight out of Dallas, Texas, who now resides in NYC.  A band that has great comraderie, and truly showcases the focal points of those awesome musical instruments they adorn.  It’s truly a band that can reach out and touch almost any audience.  It was  the right way to kick off the festival Saturday.  And that day alone, headlining 4, yes 4 performances.

The fun continued right after with the Big Easy Parade.  Saturday afternoon, festival goers has many choices on what they wanted to see from Latin Jazz to more soothing jazz at the California Theater with Hot Club of Detroit to an afternoon ensemble from San Jose Jazz HS All Stars. 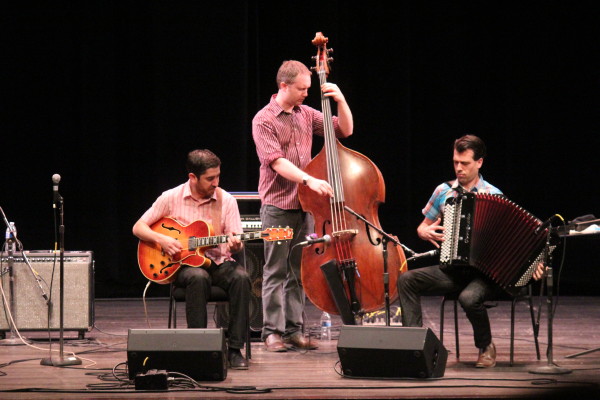 Hot Club of Detroit at the California Theater

And for those that didn’t want to end the festival quite yet, local area hotels had live performances in many of their lounges throughout the weekend on both Friday and Saturday evenings for the Club Crawl:

Two Special Film Screenings also took place at the festival that were featured at Camera 12 Cinemas:

Our Vinyl Weighs a Ton

Take Me to the River

And, there was no hiding it, the influence of Latin to Jazz has sprung, and there’s some incredible talent blossoming out of this realm including Sunday’s performance from Viento de Agua, their very first time performing on the West Coast. 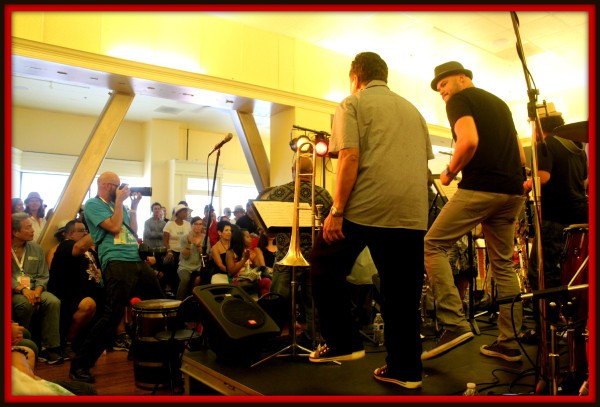 This band adds in fresh Afro-Puerto Rican rhythm combined with other Afro-Caribbean ryhthms.  In other words, they make you want to get up and dance.  It was impossible to not want to move your body during their performance.  And the crowd was just as excited about being there for it.

Viento de Agua, a term used in Puerto Rico to describe the damp and humid air that precedes a heavy rainstorm.

BUT, a huge highlight of the festival truly took place Sunday evening during the San Jose Taiko Performance at the California Theater.  Taiko, a broad range of Japanese percussion instruments, meshed together with The Bangerz, a local San Jose, DJ collective.  The first time performing together since their 2013 debut at the Montgomery Theater.

And, let me tell you, it was pretty incredible to watch. 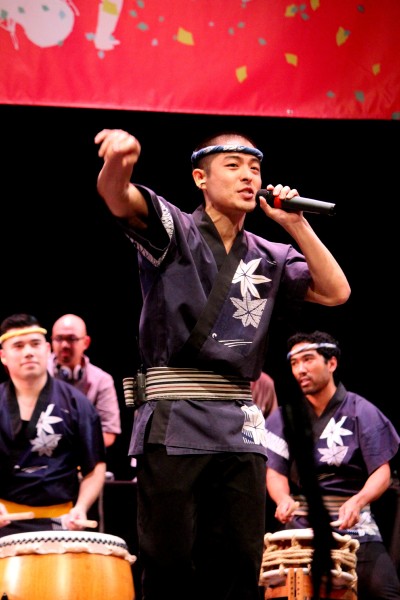 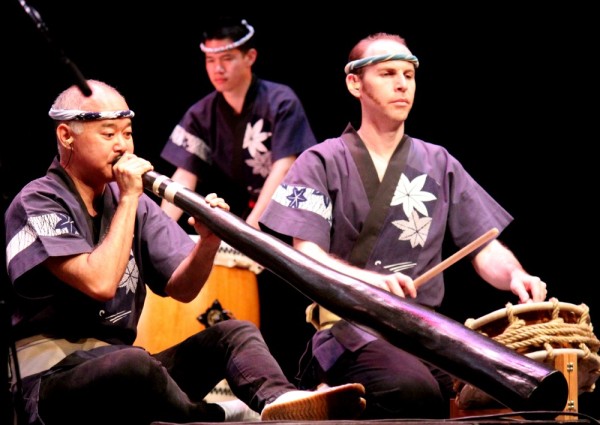 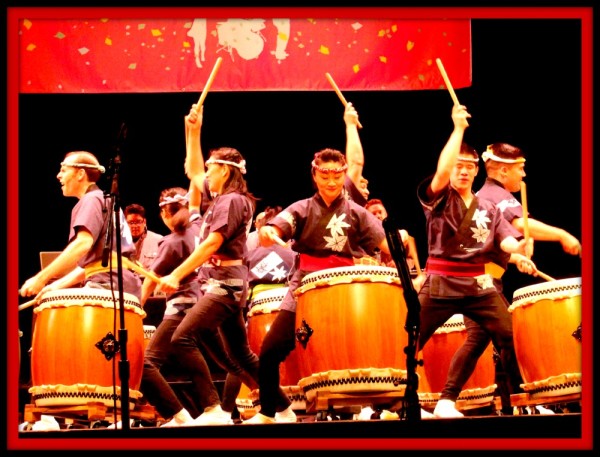 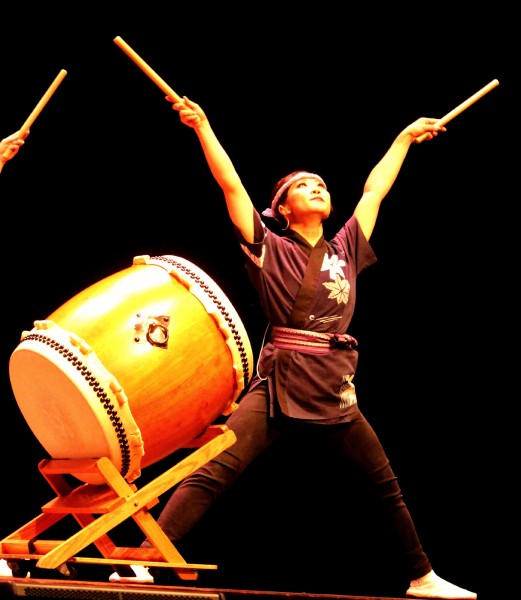 If you just happen to reside in the Bay Area you may want to head to San Francisco this upcoming weekend for another amazing performance.

Sunday, August 17  8:00PM – ODC Theater Music Moves Festival  ODC Theater, San Francisco
This presentation will have full lights and sound set in an incredible and intimate space at ODC Theater.  As part of the “Music Moves Festival” you will be encouraged to move as the spirit moves you.
(as of 8/11/14 there are 8 seats available.)

Needless to say, from a person that didn’t know too much about Jazz going into this festival, I came out wanting to know more, and with a fuller appreciation for this beautiful genre of music.  There’s already big plans for the 2015 Summerfest.

3 Responses to The 25th Year of the San Jose Jazz Summerfest! #sjzsummerfest #SanJoseUnplugged