The Other Side of Coachella Valley!

Disclosure: I was invited on a Farm Tour with the California Farm Water Coalition.  All opinions are my own.

When we think of Coachella Valley, the first thing that usually comes to mind is the Coachella Music Festival that comes every Spring.  It’s definitely what put Coachella on the map, but there’s a completely other side to the Valley that is so important: The Agricultural Side.

Coachella Valley is a huge producer, along with Imperial Valley, for a lot of the Winter Fruits and Vegetables that wind up on our table.  It is also where the majority of California Dates Come from.  They are one of the few areas within the state that are able to grow year round (expect for a few months during the summer when it’s really, really hot out.)

This past January I was invited on a farm tour of the area, and learned quite a bit in the process: 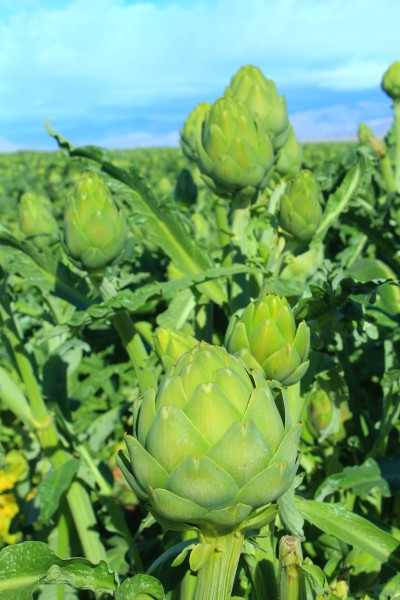 Coachella Valley has even figured out a way to grow Artichokes in the desert!  Artichokes, mainly known for growing off coastal California areas (Castroville, anyone?) However, through trial and error, they were finally able to get them growing in the desert. 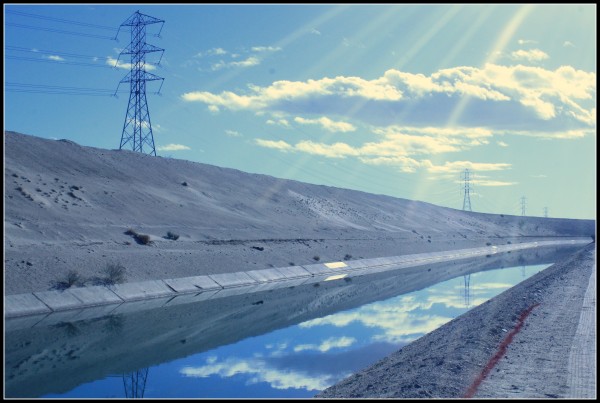 Where Does Their Water Come From?

Like Imperial Valley, Coachella Valley, gets their water stream from the All American Canal, coming from the Colorado River.  What helps bring the water their way are the snow packs at the top of the Mountains, and as they melt, fill the Colorado River below.

They then regulate the water out to all the farmers within the area through their canal systems.

Coachella Valley is the majority producer of Dates within the US.  For me, this was really interesting, as I had no idea, how dates were grown, so when we pulled up to a date farm, I was intrigued: 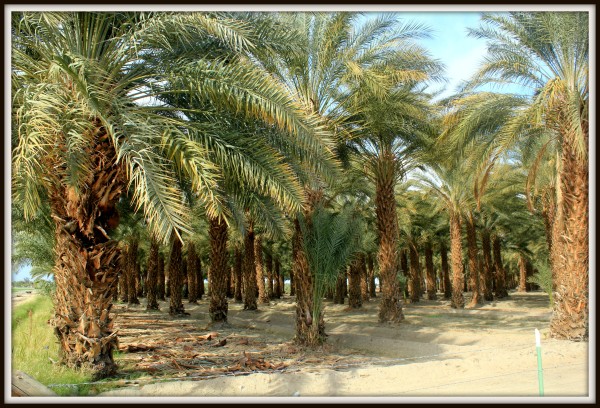 At first look, they look like Palm Trees, and yes, are called Date Palms.  To learn more about the process of Date Farming, check out this informative website.

To learn more about Date Farming, while in the Coachella Valley area, a stop into Shields Date Farm, is a must.  Take time to sit down to watch their video, enjoy a date shake, and take a walk in the garden (15 Dollar Fee!) 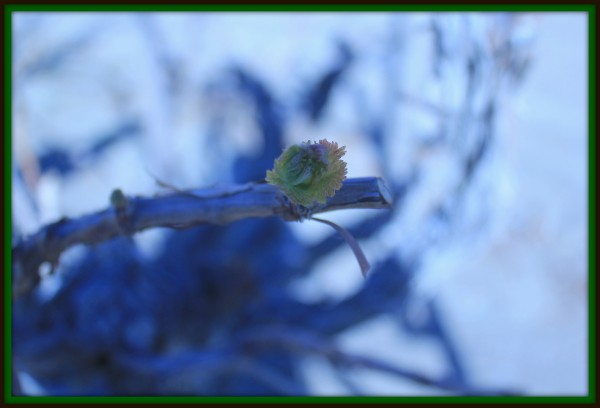 During our visit, we captured the first buds of Table Grapes, grapes that could be on your table as early as May of this year!

A Huge Concern For Coachella Valley:

One thing that weighs on the minds of those within Coachella Valley and the farmers in the area, are what will happen with the Salton Sea, a huge concern for all in the area.  With the receding water, and the health hazards that could come with it.  The sea, which lies in between Imperial Valley and Coachella Valley, over 300 miles wide, and a sea, that has water with no where to go. 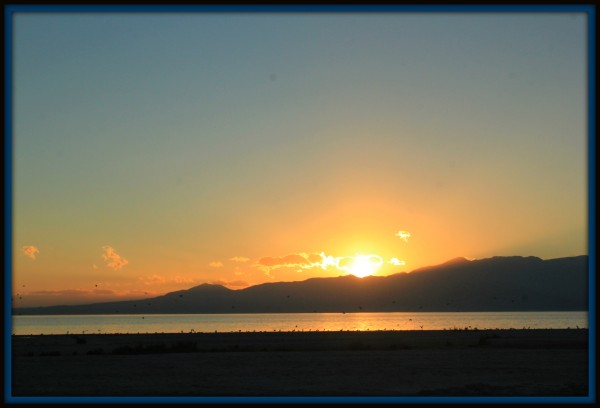 The next time you’re in the Coachella Valley, be sure to drive by some of the Agricultural farms in the area, but be respectful of the farmers hard at work and their crops.