California Fires, writing it down!

It was 2 weeks ago when the devastating California fires began in Santa Rosa, Glen Ellen, Sonoma, and Napa.  And just now, I finally feel like I can sit down and write something.

Ledson Winery: the Hillside behind it was completely on fire during the fires

When I went to bed Sunday night, I didn’t think much of it.  It was like any other night.  I browsed facebook like I usually do, and I do remember reading through some of my local groups a few people asking if they smelled “smoke” in their neighborhoods of Santa Rosa.  I honestly didn’t think anything of it.  I then set the alarm, put the phone down, and went to bed.

In the morning, 5am, to be exact, I woke up to the smell of smoke.  I instantly shut the window, and grabbed my phone.  I browsed, and instantly saw that there were fires in Santa Rosa, Kenwood and Glen Ellen and also Napa.  I freaked, knowing how close my in laws resided to the Glen Ellen/Kenwood area, and how a few co-workers resided in Santa Rosa.  I instantly sent texts out around 5:30am.  I knew it was early, but it was genuine concern.

I soon found out that my in laws were safe, but one of my co-workers had to evacuate. A few days later I found out her house ended up being okay. I was in shock.  As the morning continued, I soon learned that highway 101 was shut down completely.  It was then, I knew, how serious it was.  Freeways rarely get shut down unless its something major.  I woke up my other half, freaking out, there’s fires, you can’t go to work today, they’ve shut down the freeway!

And then I was glued to facebook, to the news stations, to anything with information about the California Fires.  I didn’t go to work that day, I just couldn’t.  I felt like my whole world around me was collapsing.  That day, we put together our bags that we would bring with us, if we needed to evacuate.  (This was a first for me, in my entire life).

The next day, Tuesday, I decided to go to work, but within minutes of arriving to my first store, it was overwhelming.  Walking through the parking lots, I’d see animals in the vehicles, knowing, that those were animals of people that had to evacuate their homes instantly.  As I entered the stores, they were busy with people picking up food, and supplies, cases of water, or anything they needed.  Stores were loading up their stores with pallets of water for the evacuees.  People were also on the phones talking to loved ones, telling them they were safe or that they had to evacuate, and others had their dogs on leashes with them as they walked the stores. 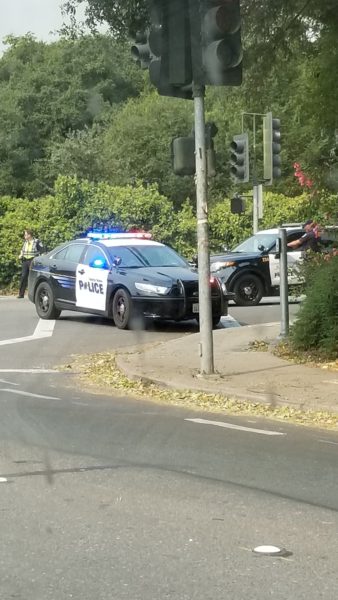 After that first store, I walked back to my car, and just sat in my car for a few minutes with tears in my eyes before moving to the next store.  This time around, getting into neighborhoods that have completely lost power.  The smoke, that day, was so thick, and I was getting closer to where the fires were.  As I drove around, there’d be conveys of police cars, firetrucks, and ambulances along the streets next to you.  Part of me just wanted to drive straight back home to stay off the roads for the first responders, the other part of me knew I should help the stores out, that were having a hard time keeping up with how busy their stores were, along with not having enough people coming in due to the fires. 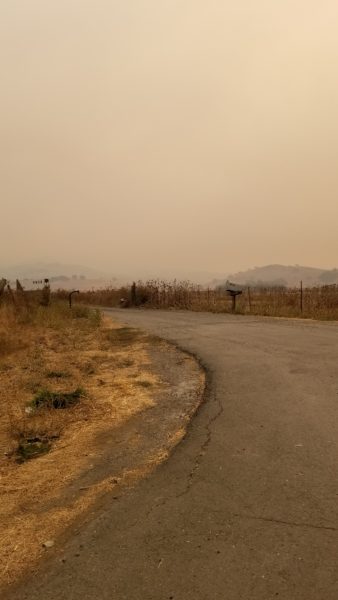 That evening my other half went to his mom’s to help them pack up their personal belongings.  That night, he came home in a panic, and I knew then, how close the fire was getting to their place.  And how hard it must have been for him to pack up their belongings, not knowing, if they will have a house in the near future or not.  The following day, they finally made the decision to evacuate.

But that day, Wednesday, finally brought a bit of good news.  Fire crews from across the state were coming to Sonoma County and Napa to help with the fires, and that day, they were finally getting some containment on the fires, not a lot, but it was at least 2 or 3%, it was a start!

And that’s when the community really began to step in, donations started to arrive at the evacuation centers, businesses started to help out by feeding the evacuees and first responders.  There were a lot of GREAT things happening in our community too.

A few places you can donate to are:

By that Thursday and Friday, we finally began to see the aircrafts working in the sky, which brought a lot of relief to the community. 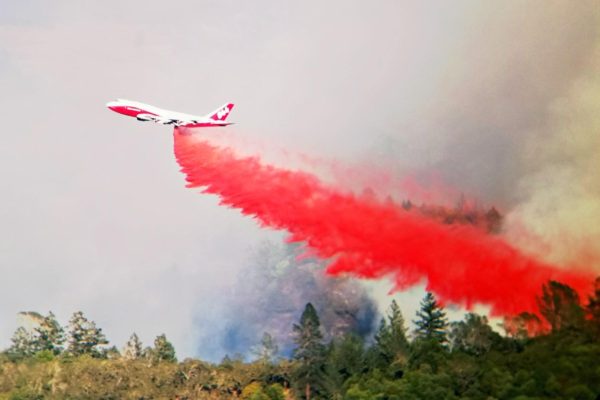 The following Monday came, a week after the fires began, and it was the first morning I truly woke up, feeling, as if I could start to try to get to back to normal.  And a little bit of relief washed over me, but it was hard not thinking about all those that lost so much more.

On Tuesday, as I drove North, for the first time, since the fires broke out, it’d be the first day where I’d actually see some of the devastation.  It was overwhelming to see, and the emotions started all over again as I drove through it.  That evening, I lost it completely, and let the tears just come out, as I sobbed and sobbed, and also wrote this:

If anyone asks, I’m really not okay… but I wrote this…

I sit here, feeling helpless.
So many around me, have lost.
Lost family members, lost homes, lost animals, lost cars, lost jobs and more.
In a flash, in minutes, their lives changed forever.

Our community will rise again,
But it won’t be tomorrow,
Or a month from now.
It will take TIME.
But we WILL rebuild.
This time around, stronger than ever.

We are STRONG
We are OKAY
We are SURVIVORS
And we will MOVE forward.

But October 2017 will forever be etched in our hearts and minds forever.

We thank the firefighters, EMTs, First Responders, Police, Medical Personal and Linemen
For keeping us safe, healthy, and for getting our power back on.
But, we all know, from this time forward,
We will never be the same.
We will always remember. 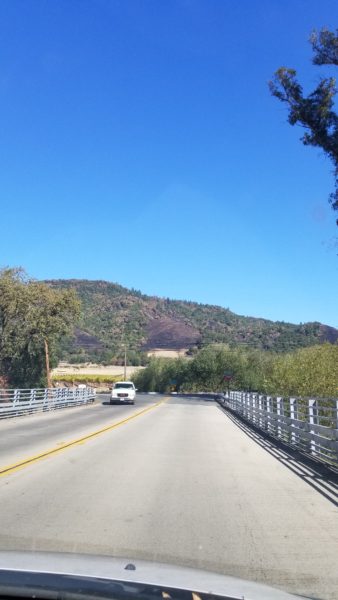 The hillside seeping into Bennett Valley area, where the Nuns Fire took place.

That day, was a good day, as evacuations started to be lifted and people that were evacuated were finally allowed back to their homes.

This is the worst California Wildfire to EVER hit the state of California.  This is what I want people to understand.  This instance, and any natural disaster, doesn’t just affect those that lost their homes, but it affects an entire community.  A community of people that have memories built around them, a community of people that spent their entire lives here, or even just a few years, or perhaps a couple of months, this event had an impact on everyone in the community.

It affects us as we drive by the devastation, the city of Glen Ellen, Santa Rosa and Kenwood, Sonoma and Napa will never be the same after this.  We will rebuild, we will become stronger, but the memories will always remain with this fire.  And we may just have a bit more fear anytime we smell smoke, or hear a siren.

But, this was a community effort to stop these wildfires.  Thank you SOOOOOO much to all of the neighboring firefighters that came up to help us with these California fires.  Thank you to all of the Police Officers, Military Personal, Animal Care specialists, Medical Personnel, and Lineman for all the hard work the past few weeks and what’s to come ahead of us.  Thank you.

From the Sonoma Index Tribune

But, as I write this, I want you to know, that Sonoma and Napa need you NOW more than ever to come visit, to come enjoy their wine, spend money in their communities, and lift them up again!  One of my favorite Sonoma County events is coming up the weekend of November 4th and 5th with the Wine Road’s, a Food and Wine Affair, I would love to see you there.  If you’re coming, please let me know, I’d love to meet up with you.

One Response to California Fires, writing it down!